Sign up for My Life on the Edge to receive monthly encouragement and the latest updates about upcoming books.

Nothing is out of God’s control. He is sovereign, he is good, his love for us is unfathomable, and we can trust him with every aspect or our lives and the lives of those we love because he has promised to never leave us or forsake us. 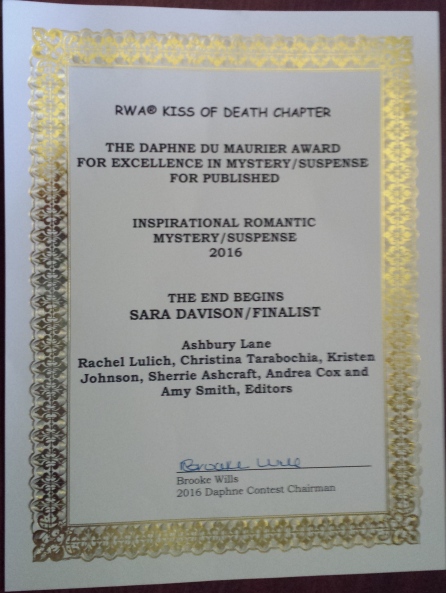 has been changed to

Winner, The Word Award for Best Suspense Novel in 2016

Finalist, The Word Award for Best Suspense Novel in 2016